I’m an introvert and many people find this very difficult to understand as my inner desires are at odds with what society considers “normal”. I get tired very easily and quickly when socialising and I don’t particularly enjoy it. If I’m already exhausted before I even go to an event, I’m fighting a losing battle but my instinct is still to push myself, I know that’s what other people want, it is what society expects.
Most of my life my priority has been to fit in, to do what other people want, to try and at least look normal (even if I don’t feel it) so I’ve spent a lot of time doing things I don’t want to do. Pleasing other people has felt like the best thing to do as pleasing myself would mean I’d be labelled a “loner”, be an outcast or be judged as “abnormal”. But why should I be unhappy while I’m attempting to make others happy? 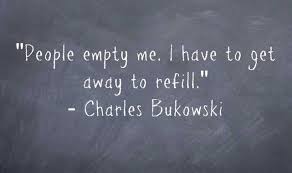 Other examples of unhealthy people pleasing include things like:

I really struggle to say “no”, I’m sure many people can relate, there are a number of reasons for this: 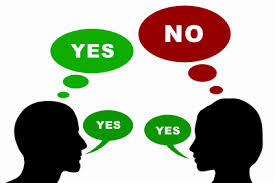 1. I don’t want to let them down – they obviously need or want what they’ve asked for so I want to do anything I can to do it for them, even if that means putting my needs and wants to one side.
2. I don’t want to put my priorities above theirs – as above, if someone needs or wants something, who am I to decide that my needs or wants are more important than theirs? If I’m asked to swap a shift because someone has a social engagement they wish to attend, how can I say “quality time with my husband is more important than your social engagement”?

3. I don’t want them to think badly of me – I somehow think I can mind read and that if I say “no”, they will automatically think I am selfish, lazy, insensitive, party pooper, inflexible, unhelpful etc etc!
4. I don’t want people to worry about me – having had mental health problems in the past which made me feel like I didn’t want to do any thing or see anyone, if I say decide not to go to a social event (for example) people might think I’m getting ill again.
5. I want them to feel they can ask again – if I say “no ” this time, I fear they will assume I will always say “no” and I will miss out on helping them out next time.
6. I can’t stand the guilt – once I’ve said “no” it plays on my mind for a long time! 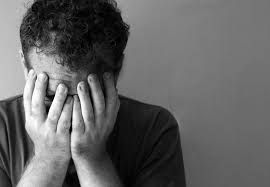 7. Anything for an easy life – saying” no” to some people can create a bad atmosphere and make everyone (even people not involved) feel awkward. It feel it’s best just to let people have their way and I deal with the consequences internally.
However, the negative impact of people pleasing is clear:

The truth is, of course, that it is not my job to make other people happy, nor do I, in reality, have much control over it!
So, if you find yourself saying “yes” all the time, putting yourself at the bottom of the pile and trying to please everyone else, perhaps it’s time for a change.
1. You cannot take soul responsibility for other people not getting what they want all the time. Sometimes we let people down and that’s ok.
2. It is ok to put you and your priorities first for once. No one can know for sure if one person’s needs are higher than another person’s so it’s ok to look at the situation from your point of view and if want you want or need is important to you, stick to it.

3. If someone judges you harshly for saying “no”, maybe it’s them that’s in the wrong. Saying “no ” does not make you selfish, it means you’re considering the whole situation instead of one small aspect.
4. Saying “no” doesn’t mean I’m ill. Saying “yes” when the best thing would be to say “no” is a bad sign, being able to be assertive and putting yourself first for once is a good sign!
5. You can say “not this time, but do ask me again”. If they don’t want to ask you again, that’s their problem.
6. Guilt isn’t a problem, holding onto it is. If you let someone down, feeling bad for a short time is natural but you do not need to dwell in it.
7. Avoid people who deliberately make you feel bad for saying “no”. If they can’t handle you being assertive, that’s their problem. 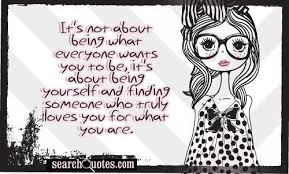 I’m not suggesting we say “no ” all the time, I’m just saying a balance can be found!
People pleasers of the world unite in saying “no” (sometimes)! 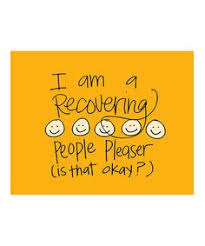 We go to a doctor for an expert opinion but what if that “expert” doesn’t have any training in the illness we have?! #wedeservebetter


Took me fifty years to learn this lesson, and having learnt it I feel much more in control of my life. I love helping people but you can’t do that if you don’t look after yourself. I am also learning that it is a blessing to be helped. Why are we so silly?!